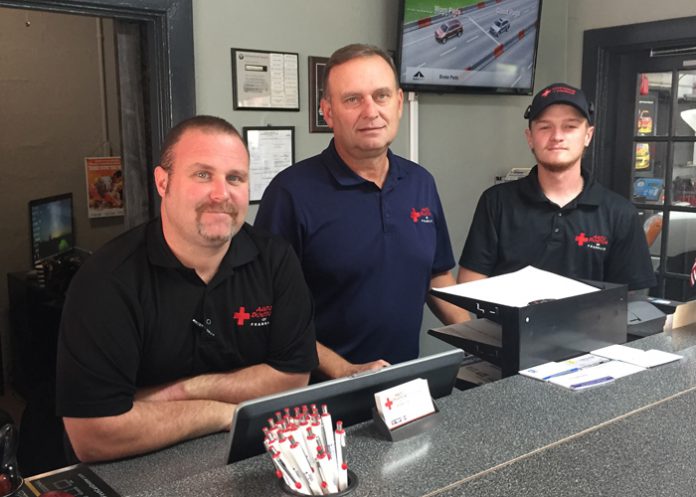 Quaint, historic, emergent. Franklin, Tenn., is tony suburb of metropolitan Nashville. It’s also the county seat for Williamson County, which currently has, according to Wikipedia, the highest per capita income in the state, due in part to big companies like automakers Nissan and Mitsubishi locating their North American headquarters here.

A remarkable place, made all the more noteworthy by its preservation of historic buildings downtown. So if you were on Columbia Avenue and pulled into Auto Doctor of Franklin, you wouldn’t be surprise to find it housed in a World War II-era gas station with all the Art Deco curves intact. It even still focuses on basic vehicle maintenance like brakes, oil changes, and rear ends.

“As far as being downtown, I think it’s awesome, especially when you talk to people and tell them where you’re located,” owner Bill Odell said.

Naturally space is a little limited in such a setting, but the shop functions well with five bays; the basic two-bay service station having been augmented over time with an extra one in front, and a long one divided into two all the way across the back.

But being downtown gives them something shops located out in industrial parks have been deprived of for a long time: visibility.

“We see people walking by here all the time, especially on a nice day,” Odell said. “So there’s a lot of outside traffic.”

While the shop’s been around since 2006, Odell only took it over about two years ago, and it was quite an unusual path to that ownership. Having been involved in computers since he was 19, Odell was an early IT operative. But his heart was in Harleys, and after moving to the area in 1999, he became friends with the shop’s future owner while working at a local H-D dealership. Eventually they would both depart, Odell returning to IT, the friend to buy Auto Doctor.

“He had it for about 10 years before he retired,” Odell recalled. “Then he asked me if I was interested in buying it. I was, and I did.”

Auto Doctor currently has six employees: three techs along with Jason Plunkett — who as the service manager can turn a wrench if the need arises — a service writer, Odell’s daughter doing the bookkeeping, and Odell himself.

“It’s funny,” he observed. “I’d been in IT for 30-some years, and as far as computers go I have no desire to work on them or anything; I’m sick of it. Doing cars just sounded more enticing to me, something different career-wise. Ironically I’ve got a guy working on all my computers who’s just the opposite; he spent his whole life working on cars, then opened up a computer business after he turned 50. That’s all he does now.”

But what lead Odell to go into business for himself in the first place?

“I’ve got to say, people. When I worked for Harley-Davidson, I loved dealing with the public,” he explained. “It was partly that and partly my plan from a retirement standpoint.

“Of course, automobiles are a little bit different,” Odell said of repairing someone’s basic transportation. “Most people who came into the Harley shop were in a good mood because it was a hobby, a lifestyle for them. But most people with their automobiles are great people, and I enjoy that part of it. And our customer base — that’s something I was very impressed with. It has been phenomenal,”

Odell motioned at his service manager, Jason Plunkett. “Jason came from a Beamer shop that he worked at for 20 years. And I think he was surprised at how busy we’ve been.”

“Definitely,” Plunkett replied. Having started with Odell a little over a year ago, the young man brought some of his own customers along with him.

“If I tell you there’s something wrong with your car, I’ll walk you out there and I’ll show you and describe to you what the problem is,” Plunkett explained.

“We do a lot of that,” Odell confirmed. “We’ll show people what’s going on, show them pictures. We get people who come in here with (someone else’s price quotes) that are just outrageous. We had a guy whose family was getting ready to go on a trip, and was told he needed a new A/C compressor and brake work, plus a few other small things that added up to $3,000. We looked at it: brakes — yeah, probably. Another oil change or two — he could get by on that. But the A/C just needed Freon, so we charged it up and sent him out the door for like $200.”

A common denominator with their clientele is that most of them have older cars.

“We can fix a cable or do a fluid change on a transmission,” Odell continued. “We’ll send them down to Coleman-Taylor if it needs to be rebuilt. Sometimes we’ll swap transmission out ourselves, getting the customer a used one, usually with a warranty. Same with engines; it’s a lot easier to swap out an engine than to dig deep into it. I just put a 70,000-mile engine in a 200,000-mile Nissan truck, and it came with an 18-month warranty. We get the engines mainly through Knox, LKQ.”

However, Odell noted they usually do not to take anything older than 1995.

“The goal is to ‘turn and burn,’ get the car in and get it out, keep the cars flowing through the bays,” he explained. “If we get an older car in here, it takes more time to find parts, so by the time the parts get here the car is tying up a bay for a day or two. That’s not what you want to do.”

“Plus the diagnostics changed from ’95-’96,” Plunkett added. “When you do the emissions test in ’96 and newer cars, you can plug into the diagnostic port under the hood. Before that you’re limited in what you can figure out through diagnostics.”

SnapOn is their primary diagnostic tool, which they pay a monthly fee for updates.

“We also got Autologic for European cars,” Odell explained. “Once we get the trouble codes, we go to IdentiFix, software we use to see what common repairs are recommended based on those codes.”

Which means they can work on vaunted marques like Mercedes, BMW, Porsche, Audi, “and VW,” added Odell. “As a matter of fact we swapped out an engine on a VW not too long ago.”

“It’s all nut and bolts,” Plunkett said of German engineering. “They’ve got their quirks like any car manufacturer does, but once you’ve worked on a few of them, it’s just repetitive nature.”

Meanwhile, Odell used some his own background to overhaul the shop’s internet presence.

“One of the first things I did was get the website taken care of, getting on social media, start doing some advertising, and enabled CRM,” he explained. “We have a Mitchell system for running the shop, but (the previous owner) had its sales and marketing tool totally shut off, so I turned that on. I think it’s brought in some more business, keeps us busier.”

The website was updated through GoDaddy, “which has a whole social division that helps manage your presence online,” Odell reported. “And then I’ve got a marketing team, Mud Advertising, which does some stuff based off of the website, to help drive sales and direct targeted marketing. If somebody goes to your website and does a search for some type of repair, they target those people.”

And while the COVID-19 outbreak jostled their numbers for 2020, Odell reported that most of the year had been pretty good — and in one month, surprisingly good.

“June was unbelievable,” he remarked. “Sales-wise June was the best month in my memory, and that goes back to when (the previous owner) was here for 10 years. It evened out after that, but if you look at January to now, we’re definitely way up compared to last year, even taking the hit in April, which was 50 percent of what we typically do that time of year.”

On the plus side, they took advantage of that slowdown to do some refurbishing of the shop. However what really helped during the pandemic was that they already did pickup and delivery of cars. Besides having a key drop box they’re also tied in with a local towing company.

“They bring us a lot of cars,” Odell said. “Customers may call for a tow, or they’ve got AAA.”

They’re also a NAPA Auto Car Center, “which gives customers piece of mind with a guaranteed warranty nationwide” he continued. “I’ve used it before; I actually had someone come in from Illinois who had brakes done that we re-did, covered under warranty.”

With much of the city’s auto repair business laid out along the Columbia corridor heading out of town, Auto Doctor of Franklin occupies a geographical and historical trailhead for the local industry. Old traditions combined with cutting edge technology; this shop is at the heart of things.  • 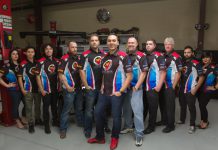 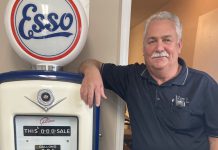