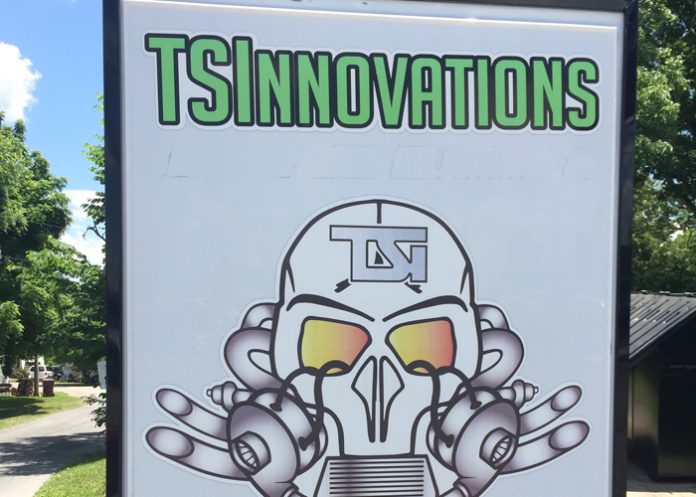 It’s a story as old as the automotive industry itself: someone encounters a problem which ultimately leads them to start their own business. For Tyler Sewell, it was a pesky Ford diesel truck. Already a seasoned mechanic, he bought a 6.0 Power Stroke with a faulty fuel system, only to find neither he nor the five dealerships he took it to could fix it.

“This was before anybody knew a whole lot about them,” he reported. “I ended up pretty much tearing the entire truck apart trying to find a high pressure leak. I found it, fixed it, and ever since then it seemed like people kept bringing me truck after truck after truck.”

Back then, diesels were pretty much red-headed stepchildren, especially for a performance enthusiast and customizer like Sewell.

“I hated them at first,” he admitted. “I started working part time in a shop when I was 15, and that was when the 6.5 GM diesels were out, some of the turbo diesels were starting to come in, and the older Ford 7.3 IDIs.”

Sewell continued to specialize in diesel truck repair when not customizing cars and bikes, but by the mid-2000s Ford had replaced the 7.3 with the 6.0 Power Stroke, the 6.6 GM Duramax had come out, and the performance aftermarket started taking notice. Sewell’s unique combination of interests now had an outlet, and he finally took full advantage of this when he opened TSI Diesel & Performance in 2014.

“Almost overnight these 300 to 400 horsepower trucks started making about 1,000 horsepower like it was nothing,” noted Sewell. “In just a few years we saw a whole industry come from nothing to being one of the superpowers of the drag racing world. It can’t be denied any more, because these diesel trucks can run up with the gas Pro Stocks and everything else. It’s been really cool to watch, and we’ve learned a ton along the way. If you told me 10 years ago I’d be building roll cages and back halves for Dodge 2500s, I would’ve said you were an idiot.”

Located along the dealership-lined “Motor Mile” in Johnson City, Tenn., TSI stands for Tyler Sewell Innovations. Having recently moved into an 11,500-sq.-ft. facility, Sewell’s crew of four is still settling in, doing general repairs, maintenance, and many, many other things.

“We’ll work on your mom’s SUV to building a GT 500 brand new off the showroom,” explained Sewell. “I never really wanted to pigeon-hole myself into one part of the automotive market, so we also do gas performance, custom bikes, restoration work, even body work. And this year we added vinyl wraps to the list. We can basically do anything from mild to wild.”

At first the shop pretty much had all their “eggs in the diesel performance basket,” recalled Sewell, until the government-restricted modification of a diesel truck’s stock onboard computer effectively shutting down a large percentage of the street performance market. So he turned to full race trucks and other markets.

“As the business grew, somebody’d ask ‘can you do this’ — and I definitely have a problem with saying no,” he confessed. “I always felt that we would find a way to do it, and most of what we did turned out pretty good. We’ve gotten national recognition on a lot of things: racing trucks, show cars and motorcycles. It just kept building.

“Now we get stuff from all over,” continued Sewell, such as “a brand new Dodge Challenger Hellcat that we’re tearing apart, a brand new Mustang GT 500. We’re working on some shift-on-the-fly tuning that’s kind of different, some pulley configurations — but I can’t really release much information on those since we’re under contract with ID Motorsports for that stuff.”

The facility is also full of tools you don’t normally see in a repair shop; off to one side is a CNC plasma cutting table.

“We build a lot of our own parts, like turbo flanges and other bracketry,” explained Sewell. “It was slowing us down sometimes because it could be weeks to just get a small bracket in. So I solved that problem with a plasma table. Right now we’re working on getting a four-axis CNC machine, that way we can manufacture more 3D parts, more turbo-related items.”

Next to the plasma table is what appears to be a miniature paint booth.

“That’s for powder coating,” Sewell reported. “We started really slow with that, but now we’ve got this six-foot-by-ten-foot oven to do bigger parts. Pretty much everything I do is because somebody’s been too slow with a job or not good enough at it. As we run into a problem, I usually ask myself, ‘Why would I want someone else to do this when I can buy the stuff and do it ourselves?’”

It’s the same deal with paint and body, although the COVID-19 quarantine has delayed the installation of a paint booth.

“I’d always done some paint and body work at different shops,” Sewell explained, “and at this new shop I wanted to make it a one-stop where you could pull in with your vehicles and get everything you wanted done here.”

One market you don’t normally see in this industry is custom bikes.

“I’ve always messed with motorcycles, and that market has just grown like crazy in recent years,” said Sewell. “They call them ‘custom baggers,’ and it’s definitely something we’re trying to get into hardcore and heavy, because there’s so much money in it. It’s nothing for that type of build to see $100,000 to $150,000. It’s unreal. I mean, they’ll spend $20,000 on a stereo, and that’s a little deal. They have these shows for just motorcycle audio, and that’s one market we’re really trying to get into.”

Since these stereos are getting so big and draw so much current, TSI is working on building their own lithium battery packs. There are alternator conversion kits available, only the bike would have to be left running to hear the stereo, which as Sewell pointed out, “kind of defeats the purpose.” Thus high-output lithium batteries are the most popular power source — only some types have a potential for overheating, perhaps even blowing up.

“There are these cells being manufactured which are like 45 amp/hours,” Sewell explained, “and basically we’re trying to make casings and ways to mount them on a bike, to hide the cells and make them safe. We’re working on some 3D printing stuff, looking at how to encase the cells, how to balance them properly; something that’s a sellable product which hopefully creates another market for us.”

The actual marketing for TSI is accomplished two ways: social media and event attendance, the former generated from the latter.

“During the summer I go all over, basically to the truck shows, motorcycle shows,” reported Sewell. “You really have to be out there; the people have to see the cool stuff that makes them want to buy your product or services. My one bike is competing with the best of the best, so if it wins or just gets close to winning, that will definitely draw some attention to the shop, and hopefully our products.”

They’ve taken that bike as far as Sturgis in South Dakota; to the Arizona Bike Week; to Myrtle and Daytona Beaches; to the big show down in the Florida Keys. They arguably have the quickest quarter-mile truck at tracks within a 100-mile radius. But COVID-19 has curtailed the race and show seasons this year, and they’ve been hurt in other ways by the quarantine.

“We get a lot of parts from overseas, and the coronavirus basically shut my parts availability down to nothing,” reported Sewell. “That hurt extremely bad. Then in the midst of that we had moved here, and we got pretty slow. The techs’ hours were cut, so it put a hurt on everybody as far as that goes. I didn’t get the PPP [Paycheck Protection Program] because my guys are independent contractors, but we did get some help on that SBA [Small Business Administration] loan stuff. Now it seems like it’s turned back around and everything’s good. Last month and definitely this month we are about where we were last year. But I don’t think we’ll have a normal month for a while.”

In the meantime, TSI Diesel & Performance will rely on what it’s always done with a customer’s vehicle, be it a car, a van, a truck, a bike, stock or custom, street or strip: “They bring them to us, and we make them better.”  • 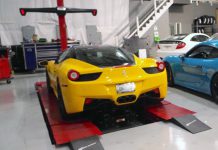 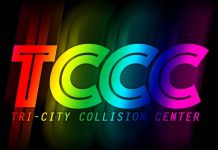 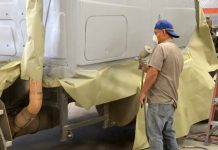