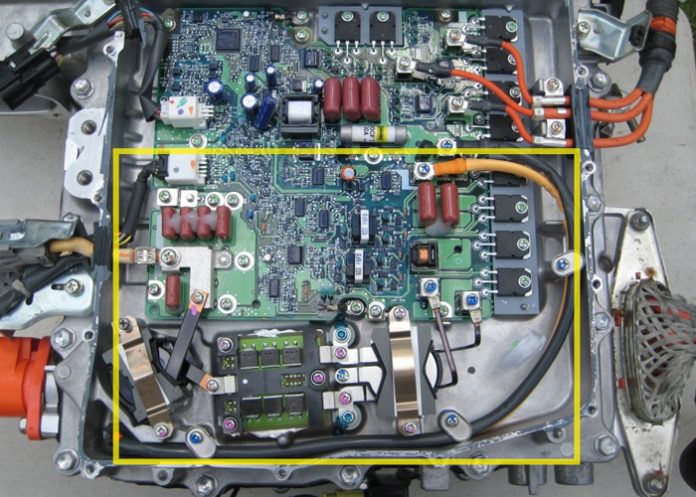 In previous columns on hybrid and electric vehicles, I discussed the two high-voltage battery types and the lead-acid 12-volt battery. Now it is time to learn more about how the 12-volt systems survives in an environment without an alternator.

In December 1997, the Toyota Prius went on sale in Japan. When you opened the hood, you would see one belt driving the water pump and another one spinning the A/C compressor — but no alternator. Since then, the Prius has lost all its belts, one at a time, each time the car was redesigned. To provide a constant 12-volt supply (required because of idle-stop) a complex, safe and reliable step-down transformer was introduced. Note: Throughout this column I will refer to the “DC-DC converter” as a “converter” to make this more readable.

How does the converter differ from a conventional alternator? In Photo No. 1 you can see the cover removed from the converter on a Ford Escape Hybrid. In the case of Ford, the converter is a stand-alone part. Remember TDK, the Japanese company that made cassette tapes we used in our cars years ago? Well, that cassette business is largely gone, so they now make the DC-DC converters. Every hybrid, plug-in hybrid, electric car, EV with a range extender and fuel cell vehicle (I call this group “EMVs”) uses a DC-DC converter. They are usually liquid-cooled (with the older Hondas the exception with air cooling, see Photo No. 2) and will fail if they overheat. A 12-volt brushless pump is located in one of the cooling hoses leading to the converter to move liquid through the passages cast into the unit. They all have a separate cooling system from the internal combustion engine (ICE) with the exception of the old belt/alternator/starter (BAS) system that GM used in two of their Saturn vehicles and the Malibu. The BAS cars used the same coolant as the ICE to remove heat from the converter. One car, the first Mercedes hybrid called the S400, had converter and a traditional alternator. There seems to always be an oddball in every group.

The 36-volt cables are bright blue; if over 60 volts, the cables will be orange. Once the DC power is connected, the converter must also be commanded on, so you will see a small connector that will route itself to an electronic control unit (ECU). Three 12-volt wires or more are needed for control.

Once the high-voltage DC enters the converter, it is fed to four switches (usually a MOSFET, a metal-oxide semiconductor field-effect transistor) that work much like a 12-volt brushless controller and constantly change polarity so that, in effect, you have single-phase alternating current (see Photo No. 3). This alternating current is still the high-voltage source used to power the converter, so it must be stepped down to a more usable 14-volts. That is done through a device with two independently wound coils (think ignition coil in reverse) that result in single-phase alternating current at about the same amplitude but a faster frequency as you would find inside a traditional alternator.

From there, the high-tech part ends, the engine control unit is no longer in control, and six diodes and an alternating current filter produce the final product, a constant source of DC power at about 14 volts (with little or no alternating current) with enough amperage output to supply any demand required. It’s simple, elegant and reliable. That is a good thing, as new DC-DC converts cost two to three times as much as their cousins, but the battery light can stay off forever as no carbon brushes are installed to wear out.

As any automotive technical writer will tell you, “Always refer to and follow the OEM procedures.” I am aware that service information is absolutely necessary, but let me give you a rule that you can apply. Use your “12-volt brain” here. In my company’s EMV classes, you will hear us refer to your “12-volt brain” and “high-voltage brain” as two parts of the same. Sometimes your 12-volt thinking will get you to do the wrong test, but here it fits well. The good news is you can test the converter using the same equipment you have now, even with an old VAT40.

Just like an alternator, the output is dependent on the 12-volt load, so by loading the system (when the “Ready to Drive” light is on) the output can then be measured just like an alternator. For those of you fortunate enough to be fixing cars in an emission state, you may know to test for alternating current volts under load at the alternator B plus terminal. Do this test for the converter, as alternating current power is made inside the converter, and any amount over 0.5 alternating current volts can cause ECUs to malfunction, and that can lead to many weird symptoms. Use your current (no pun intended) thinking. If there is no output, is there high-voltage power? Are the 12-volt inputs correct? Here is where good technical information is required.

Matt Overbeck, a great hybrid tech in Ohio, fixed a “no charge” issue on a Ford Escape Hybrid recently after two DC-DC converters were replaced at two shops. They missed the basics. The hybrid had a high-voltage cable pushed back out of its connector inside the eCVT (the source voltage it needed to operate). No parts were required and it was fixed the same day.

If you determine that the DC-DC converter has died, look for the cause. It most likely is overheating or overworked. This is not a safety article, but remember what you have learned about high-voltage safety; wear your gloves and eye protection, shut down the EMV and the high-voltage system. Remove (or turn off) the high-voltage safety switch or service plug. Test the capacitors for zero volts, and always test your CAT III meter before and after a “safe down” to be sure it works. Then, when you know you are safe, remove the converter and replace it.

Remanufactured units are coming to market. Replacing a bad converter with a salvage yard part could be a good choice (see Photo No. 4), but of course your customer may want new.

Don’t replace the converter until you have looked for software updates. The 2006 Civic HEV has new software to keep the converter running. If a higher output is required, such as a hybrid used in a fire department, there are no drop-in replacement converters, so start reducing the power requirements to allow for the extra loads, such as lights, siren and such. This can be done with LED lights and other more efficient electrical parts.

Good luck with your EMV work and stay safe.  •

Craig Van Batenburg is a former repair shop owner who is the CEO of Automotive Career Development Center (www.fixhybrid.com), which offers training and consulting related to electric and hybrid vehicles; he can be reached at Craig@fixhybrid.com 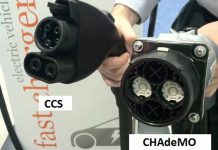 Traveling in an electric car? Fast charging is for you 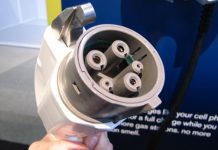 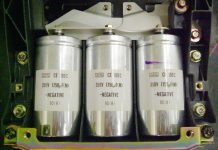 Understanding the inverters that electrics, hybrids use