From what parts are legal, to insurers’ role in how vehicles are repaired, and whether a paint company knew about alleged product defects, there have been some interesting court cases involving various segments of the industry this past year.

Here is Automotive Report’s annual look at recent and ongoing legal battles, and what they could mean for the industry.

State Farm reached settlements in the latter half of last year in two significant lawsuits, preventing either dispute from further airing in the courtroom.

For example, on the day a trial was set to begin in the racketeering lawsuit alleging State Farm secretly worked to elect a Illinois Supreme Court judge who later helped overturn a 1999 judgment against the insurer related to non-OEM parts, the nation’s largest auto insurer agreed to settle the class-action lawsuit for $250 million.

In a written statement, State Farm attorney Ronald Safer said the company “firmly believes that all claims” in the lawsuit were “factually and legally without merit,” and that it would have prevailed at trial. “But this case has already gone on for six years,” he wrote. “There are uncertainties in any litigation, especially class litigation.”

Law professor David Logan of Roger Williams University in Rhode Island told Bloomberg News that given that the settlement came after a jury was selected and just prior to opening arguments, State Farm may have had “a really negative vibe from the jury that was impaneled.”

The litigation originated in the 1990s, when a jury found State Farm’s use of “inferior” non-OEM parts failed to restore damaged vehicles to their pre-accident condition, and awarded $1.05 billion to an estimated 4.7 million vehicle owners represented in the original class action lawsuit.

The 1999 decision in the Avery v. State Farm non-OEM parts case was overturned by the Illinois Supreme Court in 2005. Justice Lloyd Karmeier had been elected to that court in 2004, and attorneys representing the vehicle owners in the Avery lawsuit had argued Karmeier should recuse himself from participating in the review of the case because of what they saw as State Farm’s significant role in Karmeier’s election. They argued State Farm had secretly channeled money to the campaign through advocacy groups that didn’t disclose donors. But Karmeier did not recuse himself.

The litigation that was settled last July was brought in 2011 after the Avery lawyers said they had found new evidence of State Farm’s involvement in Karmeier’s election. They had sought triple damages from the Avery suit plus 19 years of interest, which could have resulted in a judgment approaching $10 billion. They say the settlement reached last summer will finally result in monetary payments to the vehicle owners.

Some have wondered if given the lawsuit’s ties to State Farm’s use of non-OEM parts if the settlement would lead to change in State Farm’s position related to the use of such parts. To date, there’s been little sign that it has. One industry observer, with decades of experience in the auto insurance industry, said he saw little connection with the settlement and State Farm’s stance on non-OEM parts. State Farm could have resumed calling for use of aftermarket parts back in 2005 when the Avery lawsuit was overturned, he said. The Karmeier lawsuit wasn’t even filed until six years later, he pointed out, so “I’m not sure it was a case of, ‘Let’s settle so we can get back into aftermarket parts.’”

“They are allowing the MSO to make the ‘best decision’ for the vehicle and consumer on how to repair the vehicle and which parts to use,” Wright said. “These changes began even before the settlement, and I would expect [even more] expanded use of certified non-OEM parts by State Farm.”

Within months of the settlement in the Karemeier-related lawsuit, State Farm had settled another lawsuit being closely watched by the collision repair industry. Last fall, Matthew and Marcia Seebachan, the Texas couple who successfully sued John Eagle Collision Center for faulty repairs the dealership made to a Honda Fit in which the Seebachans were injured in a subsequent accident, reached a settlement in their lawsuit against State Farm. That lawsuit argued that the insurer had influenced how the shop had repaired the vehicle.

Terms of the settlement were not disclosed. A State Farm spokesperson said the company did not wish to comment. Texas attorney Todd Tracy, who represented the Seebachans in both lawsuits, said only that, “The case was resolved to the satisfaction of all parties involved.”

The aftermarket parts industry has largely come up empty-handed in the past year in its efforts to curtail automakers’ use of design patents to limit the production and sale of some non-OEM parts.

Last summer, the Automotive Body Parts Association (ABPA) appealed a U.S. federal court’s dismissal of its lawsuit regarding Ford’s design patents. The ABPA, which represents manufacturers and distributors of non-OEM parts, argued that the design of the hood and headlamp for the Ford F-150 (the two patents at stake in the lawsuit) is functional rather than ornamental, and therefore design patents are invalid.

Ford counter-argued that “extensive artistic work goes into designing automobiles and their component parts” and that the Supreme Court has held for more than a century that component parts are patentable.

The automaker prevailed. A federal court of appeals this past July upheld the lower court’s dismissal of the ABPA lawsuit.

Ford also has prevailed — so far — in its lawsuit against a non-OEM parts distributor that Ford says sold parts that violated 13 of Ford’s design patents. Following a jury trial in a U.S. District Court in Texas last November, non-OEM parts distributor New World International was ordered to pay Ford $493,057, the estimated profit New World made selling particular non-OEM parts that infringe on 13 of Ford’s design patents. The jury ruled that those patents, contrary to New World’s argument, were valid, and that New World’s violation of them was “willful.”

New World is seeking a new trial in the dispute, arguing the U.S. District Court in Texas used improper rulings and jury instructions in the original trial.

Shops duke it out with insurers, paint company

Body shops, too, have been involved in a variety of lawsuits this past year. One shop owner, for example, lost a lawsuit over a 2012 repair even though he no longer owns the shop.

A customer sued the shop’s former owner following a post-repair inspection of the customer’s 2010 Nissan Maxima, alleging fraud and “unfair, deceptive and unconscionable acts in connection with a consumer transaction.” Expert witnesses at the trial said some needed aspects of the repair had not been completed (or were not done properly) by the shop, including improper use of adhesive bonding.

The jury called for an $8,079 verdict against the shop in 2016, but more recently, an appeals court denied the shop’s effort to fight its responsibility for diminished value, triple damages and attorney expenses. That means the judgment against the shop owner rose dramatically, to $105,462.

Also in the summer of 2018, three other Ohio body shops settled their tortious interference and civil conspiracy lawsuit against Progressive Insurance, just as the suit was scheduled to go to trial. The shops’ suit alleged that Progressive had interfered with the shops’ businesses by steering consumers to other shops and dictating what labor rates, services and parts the insurer was willing to pay for, limiting the shops’ ability to return vehicles to pre-loss condition. Terms of the agreement were not disclosed.

Earlier this year, a federal appeals court restored a $2.8 million judgment that the owner of three California shops had won in a lawsuit against Sherwin-Williams but that an appeals court had overturned. The dispute stemmed from John Tyczki’s use of the paint company’s AWX waterborne brand at his three San Diego area shops. Sherwin-Williams first sued Tyczki’s company for breach of contract, claiming Tyczki halted use of Sherwin-Williams’ product before meeting purchase level agreements in his contract with the paint company. Tyczki counter-sued, claiming the AWX line was defective, that Sherwin-Williams knew it, and that problems with the product forced the shops to rebuff and repaint dozens of vehicles (and potentially many more).

A jury back in 2015 found both sides were in the wrong, agreeing that Tyczki’s business owed Sherwin-Williams about $374,000 for breach of contract, but that the paint company owed the shop $3.25 million for fraud and misrepresentation — thus a $2.8 million net judgment for Tyczki. The judge in the case, however, overruled the jury, saying the evidence supported a maximum verdict of $634,000 for Tyczki’s fraud claims (meaning he would net just $260,000). There was insufficient evidence, the judge ruled, of the harm Tyczki’s reputation had suffered, nor was it clear what portion of the 10,000 vehicles Tyczki said his company painted with the AWX product would have to be repainted.

But this past spring an appeals court reinstated the $2.8 million jury verdict, saying a reasonable juror could have found Tyczki’s business had legitimate prospective damages in terms of repainting more vehicles. That court also found that Tyczki and his company manager had adequately expressed that they were “embarrassed,” “upset,” and “really nervous and worried about what the future holds” that a reasonable juror could have included emotional distress in a calculation of damages suffered.

Though siding with Tyczki, the appeals also sent the case back to the lower court to review Sherwin-Williams’ earlier motion for a new trial. That court recently ordered both sides to submit settlement terms they would accept.  • 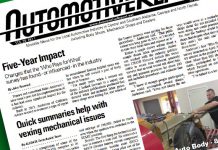 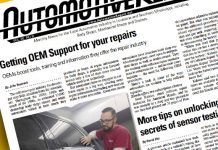