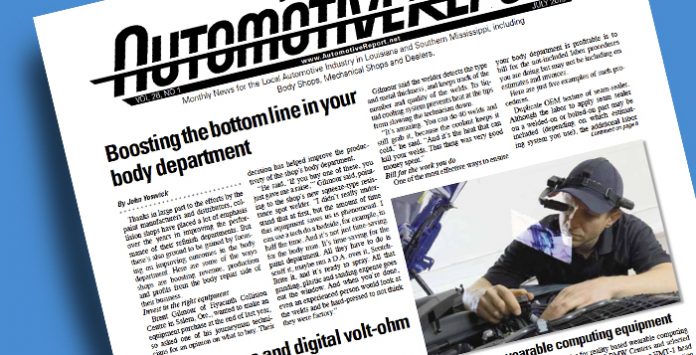 Thanks in large part to the efforts by the paint manufacturers and distributors, collision shops have placed a lot of emphasis over the years in improving the performance of their refinish departments. But there’s also ground to be gained by focusing on improving outcomes in the body department. Here are some of the ways shops are boosting revenue, production and profits from the body repair side of their business.

Invest in the right equipment

Brent Gilmour of Hyacinth Collision Centre in Salem, Ore., wanted to make an equipment purchase at the end of last year, so asked one of his journeyman technicians for an opinion on what to buy. Their decision has helped improve the productivity of the shop’s body department.

“He said, ‘If you buy one of these, you just gave me a raise,’” Gilmour said, pointing to the shop’s new squeeze-type resistance spot welder. “I didn’t really understand that at first, but the amount of time this equipment saves us is phenomenal. I can see a tech do a bedside, for example, in half the time. And it’s not just time-saving for the body man. It’s time-saving for the paint department. All they have to do is scuff it, maybe run a D.A. over it, Scotch-Brite it, and it’s ready to spray. All that grinding, plastic and sanding expense goes out the window. And when you’re done, even an experienced person would look at the welds and be hard-pressed to not think they were factory.”

Gilmour said the welder detects the type and metal thickness, and keeps track of the number and quality of the welds. Its liquid cooling system prevents heat at the tips from slowing the technician down.

“It’s amazing. You can do 40 welds and still grab it, because the coolant keeps it cold,” he said. “And it’s the heat that can kill your welds. This thing was very good money spent.”

Bill for the work you do

One of the most effective ways to ensure your body department is profitable is to bill for the not-included labor procedures you are doing but may not be including on estimates and invoices.

Here are just five examples of such procedures.

Duplicate OEM texture of seam-sealer. Although the labor to apply seam sealer on a welded-on or bolted-on part may be included (depending on which estimating system you use), the additional labor required to match the OEM appearance is not-included and can be very time-consuming for the technician. A “Who Pays for What?” survey, conducted by CRASH Network and Mike Anderson of Collision Advice, found that in 2016, just over half of shops had said they’d never billed for this procedure. The same survey this year found that had declined, with about 60 percent of shops having made an effort to collect for this labor.

More importantly, a higher percentage of those seeking to be paid for this procedure when it is done report being paid regularly by the eight largest auto insurers. Back in 2016, only about one-third (34 percent) of shops said they were paid “always” or “most of the time” when they billed for the labor to duplicate the OEM texture of seam-sealer. That had jumped seven percentage points, to 41 percent, in this year’s survey.

Clean-up old urethane. There was a similar jump in the surveys in the percentage of shops saying they are being paid regularly to to remove or level old urethane adhesive residue following removal of glass. In 2016, just 31 percent of shops said they were paid “always” or “most of the time” by the eight largest auto insurers when this procedure was necessary and performed. That had risen to 38 percent by this year.

R+R+I components on used/salvage assemblies. Anderson describes this as the labor to remove, for example, the door handle from both the vehicle being repaired and the salvage assembly, then install the door handle on the replacement salvage assembly. So two removals (“R”) and one install (“I”). Almost two-thirds of shops (65 percent) say they are paid regularly for this procedure when it is necessary; that’s up from just 57 percent in 2016.

• Replace vapor barrier. Anderson said it’s important for shop estimators or repair planners to check OEM procedures to determine whether the vapor barrier is designated as a one-time use part and must therefore be replaced.

“This is common if there are airbag pressure sensors in the door,” he said.

In either case, labor to R&I or replace vapor barriers is a not-included operation that three-in-five shops say they are regularly paid for when it is necessary. About a third of shops, however, haven’t sought to be paid for this labor.

Inspect seat belts. Anderson is glad to see that the percentage of shop who have never billed to inspect the condition of seat belts in collision-damaged vehicles they are repairing has declined (from about 62 percent in 2016 to about 50 percent this year), and that the percentage of shops being paid regularly for the procedure has jumped from 24 percent to 34 percent.

“But still, out of all of the procedures we ask about in the survey, this is the one that most keeps me awake at night,” Anderson said. “Every automaker has a very specific procedure for how to inspect seatbelts. Some even go so far as to state they must be replaced if they were in-use during a collision. Some OEMs also state that the inspection process includes using a scan tool.”

That half of shops have never sought to be paid for this — and that only one-third of those that do are paid regularly — is troubling, Anderson said.

“It indicates to me that too few shops are researching OEM repair procedures and are thus not aware of this requirement,” he said. “As an industry, we must accept responsibility for researching and following the requirements for this on every vehicle.”

The latest “Who Pays” survey, focused on not-included frame and mechanical labor operations, is open through July; visit the Collision Advice or CRASH Network websites to take the survey or download results of previous surveys.

Structure a pay plan that works

Talk to 10 different shop owners about how their body department workers are paid, and you’ll likely get 10 different answers. You’re likely to find shops that have switched from hourly pay to a flat-rate or commission structure with great results — and those that converted to hourly pay and say they’d never go back.

But if there is a trend, it’s probably a shift toward team pay-plans, with one or teams — often consisting of three to four people — paid from a pool of money that is based on the total number of estimating system labor hours the team completes in a pay period. Shops using such a system say vehicles move more quickly through the process compared to the one-tech per vehicle model, and it allow each level of technician to focus on the type of work that best uses their skills and experience.

A California shop owner said he has one team of four body technicians, including one journeyman tech, two “B-level” technicians and one apprentice. Each gets a different percentage of the collectively pooled hours. Everyone benefits, he said, as the apprentice and B-level techs improve over time.

But it can’t be all about speed, he said. The team will forfeit the bonus on any job that has a come-back once it leaves the body department. That can include not just customer come-backs, but even if the paint department has to send the car back before it can be painted. Any such forfeited bonus will go into a pool the shop can use to pay for a rental for a customer with a come-back.

One important caveat: Don’t jump into any new pay plan without careful thought.

“Stress-test” the plan by using a spreadsheet to see how it responds under different conditions (increased or decreased sales, for example).

Another way to boost your body department’s bottom line has nothing to do with labor, but everything to do with supplies. Rudy Romero, who oversees the Gosch Toyota Collision Center in Hemet, Calif., built a supply room within the shop to which only two employees have access. All shop supplies are now bar-coded

“We scan everything out to each technician, down to individual tack rags and razor blades,” he said. “At the end of each day, the system knows what needs to be reordered to keep us stocked, rather than having a jobber decide what he wants on the shelves.”

The system allows the shop to track usage by employee, and produce invoices for products used for any given job and can be billed similarly to how parts are.

“This is a key to increasing your gross profit, or reducing your loss,” Romero said, inside the supplies storage room. “This is a lot of money in here. When fully-stocked each morning, there’s probably about $18,000 worth of supplies.”

Technicians at the shop use a specific process for complete tear-down of vehicles, for example. A board above the garage door between the body department and paint shop outlines a checklist of items that must be completed before a vehicle moves into paint. A color-coded production board on the wall shows what stage in the process each vehicle is in.

“We just watch for areas [on the board] that grow,” McCoy said. “If the ‘ready for refinish’ area grows in terms of the number of cars, we know we’ll have a problem coming up in paint, so we can work with the paint department about how to deal with that.”

The system is one McCoy said he saw in an Illinois shop in his 20 group that he copied and tried to improve. That shop owner later visited Lents Body Shop and planned to implement McCoy’s improvements.

He said that system is in part of the basis for Carbeat, an electronic production system Akzo Nobel has recently developed. McCoy said he plans to eventually begin using Carbeat, but wanted his staff to first understand the basic process and its value before implementing an electronic version.

Whatever steps you take to improve the performance of your body department, many shop owners say, make an effort to measure any change and celebrate the victories. Your team is more likely to contribute other ideas and suggestions if they see you are open to change and recognize improvements made.  •

John Yoswick, a freelance writer based in Portland, Oregon, who has been writing about the automotive industry since 1988, is also the editor of the weekly CRASH Network bulletin (www.CrashNetwork.com). He can be contacted by email at john@CrashNetwork.com. 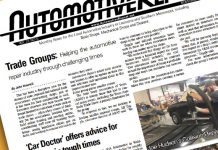 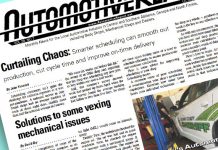 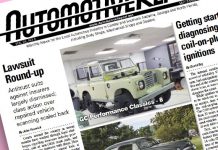