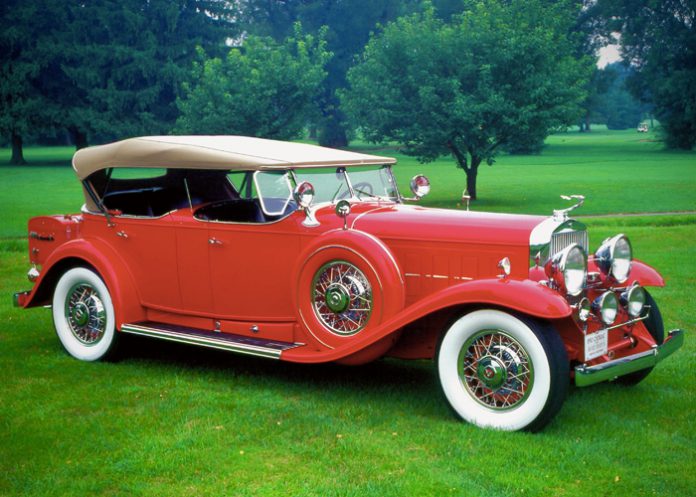 The 1930 Cadillac Sport Phaeton with its OHV V-16 engine and chopped top and windshield was an elegant-over-the-top-beauty of a luxury car. It was the epitome of flamboyance! It was the car for Hollywood actors and actresses when Hollywood was the glamour capital of the world. Unfortunately, the engine and body were planned in 1926, three years before the 1929 stock market crash and the Depression of the early 1930s. The Cadillac Sport Phaeton V-16 epitomized excess just at a time when excess was not in favor with the general public in many parts of the United States.

The OHV V-16 was Cadillac’s reply to Packard’s V-12, its main competitor in the 1920s and 1930s luxury car market in the U.S. Cadillac had a V-12 but wanted to go one better and bigger than Packard and that was the V-16. The V-16 was not just about big power, although it had that. The V-16 was an engine that could run whisper quiet and smooth as silk. If you are ever fortunate enough to be at a car show where there is a V-16 Cadillac listen to how quiet it is and look at the body of car while at idle, you would think the motor was not running — there is no movement or vibration to the car body.

Cadillac, being part of General Motors, was not as hurt by the Depression as many of the independent car companies. Packard never really recovered from the 1930s Depression, 1956 being the final year of Packard. The 1957 and 1958 Packard’s were a redesigned Studebaker.

The car seen here was purchased by actor Richard Arlen at Don Lee Cadillac in Los Angeles. The color at that time was light tan and dark brown. In the late 1930s Arlen sold the car. It remained in California, and the second owner sold the car about 20 years later to James Brucker who supplied cars to the movie industry.

When the Bruckers got out of the movie business, the Sport Phaeton changed ownership a few times before Don Mayoras acquired the car from noted collector Rick Carroll.

Don then had the car completely restored in 1990, and Don’s choice of color was Satin Red with tan leather for the seats, and tan convertible top.

The car has the original “low boy” trunk, dual spotlights, and Pilot Ray driving lights. These are the two lights mounted below the headlights on a chrome bar. When the lights are on and the driver turns the steering wheel, the Pilot Lights go in the direction the wheel is turned so there are no blind spots on the road for the driver.

There is a floor mounted three-speed manual transmission. The gas tank holds 25 gallons. The Sport Phaeton’s top speed is 100 mph.

While under the ownership of Don Mayoras, the Cadillac was an award winner at Pebble Beach, Meadowbrook, National Senior Classic Car Club of America, and Antique Car Club of America Senior National. Mayoras would drive his Sport Phaeton to local car events near where he lived in eastern Pennsylvania. It was not uncommon to see the V-16 tooling along the Pennsylvania turnpike at 70 mph on its way to the Das Awkscht Fescht in Macungie, Penn.

“The most enjoyment I have is driving this beauty. Doing 70-75 mph is not a problem,” said Don. “I just give myself plenty of room to the car in front to me, as the brakes are not up to the power of the car by today’s standards.”

The quality of the 1990 restoration by the Stone Barn is evident in that only the convertible top had to be replaced in the past two years. 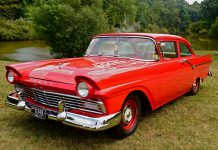 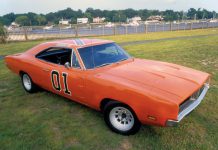 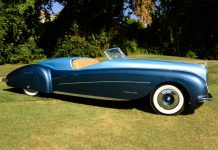